10 years ago today Brian walked in the door after work at 6:00pm 15 mins later then I was expecting him.  I was overwhelmed, tired and exhausted.  Joshua had been running a fever off and on for a few weeks no one could figure out what was going on every test we gave was negative, no ear infections, no real reason why.  He wasn’t able to communicate to us what was wrong.  The doctor even had us keeping a fever journal so we could try to get some clues.  Jackson was out of preschool that day he was almost 4 and loving being home with mommy to play all day...Joshua was 11 months old and he was miserable that day.  He was teething, sick, wouldn’t nap, and just kept screaming and I could’t soothe him in anyway and he was in dire need of something but we couldn’t figure out what.  Brian coming home later then expected was not an issue except that I was going out of town that night. I was headed to a Creative Memories conference in Baltimore MD.  It was the first time I’d been away since August.  The group of us had rented a charter bus and I was supposed to be there at 6:00.  They were holding the bus for me.  Brian walked in the door I gave the kids a kiss goodbye handed Joshua off to him who I hadn’t put down in over 3 hours. Grabbed my bags' said “I love you and good luck”...  we both laughed as I walked out the door.  I got to the bus sat in my seat, took out my headphones and took a huge sigh of relief.  I was FREE!!! I was going to be around adults for 48 hours I didn’t have to drive, we were going to eat nice things, wear clothes that looked nice and shower for as long as we wanted.  I was gonna hear from amazing sales and recruiting pros and even be recognized for my own achievements.
Why am I telling you all this? Because I was relieved to be getting away and taking a break and about being kid free, and everyone else felt the same way.

Brian called me later that evening and told me that Joshua seemed more sick then when I’d left.  He and I made a joke about the fact that he might have to  call the doctor and that I was the lucky one.  A few hours later Brian called and said Joshua had fallen out of the crib? What? He had never even tried to climb out it didn’t make sense. We laughed and said momma goes away and everything falls apart.  Brian said he had called the doctor and they said keep an eye on him watch for x,y,z and since Brian was a current EMT with Virginia Beach they said keep him home instead of going into the er and picking up germs there. Joshua was fine, well as fine as he was when I had left that day.  Made perfect sense... it still does.  We talked a couple of times but Brian had it all under control.  Brian assured me several times there was no reason to try and get home some how and that everything would be fine.  Again I was thankful he was okay and relieved to be away.  I went to sleep that night, woke up the next morning, took a long shower, I was on my way into an amazing breakfast at 7:30 am  when I got the call from Brian that everything was not okay, and that they were at CHKD and Joshua was almost unresponsive.  I was in Baltimore, during a snow storm, and I’d taken a charter bus to get there.  The next 3 hours were a blur while I waited to hear updates from Brian and my parents.  The first thoughts were that he had sustained damage from the fall that didn’t show up right away, then it was that he was just very dehydrated from the flu, and finally the diagnosis that changed our life... Type 1 Diabetes.

The guilt I lived with for the first few weeks , months and years about being so relieved and so excited to leave that Friday night, The guilt about not being the first one at the hospital instead being the last one of my extended family to be there, the guilt about arriving my son in the PICU and the nurses asking if I was mom because they hadn’t met me and it had been hours haunted me for a very long time.  However the reality is that I had no idea what was going to happen, I had no idea how close we came to losing our baby.  It was perfectly okay for me to be excited to take a break to be away and to feel relieved that I was “tapping” out when one of the kids weren’t feeling well.  Here is the thing- we always think about if I’d only know, or we are told live each day as though you won’t get another... yes that’s true but the reality is we are human... we are going say, do something, or feel something with out knowing it might be the moment before the new normal starts.  I have in the last 10 years tried to come to terms with how I felt heading into that weekend. If your holding on to some guilt for something that was completely understandable, I want to encourage you to let it go as well.  Learn from it do what you can but just know that none of us have a crystal ball and it’s easy to say what we would have, could have, or should have done.

Edited to add I appreciate all the sweet comments but I really just felt I needed to share because my story is no different then any other parent who has missed a tragic event, did not know it was the last hug or the parent traveling for business when something life changing happens.  My hope is that the person who is carrying that guilt will read this and know your not alone, and it is okay that you weren’t there. We know you would have been had you known.

***The photo below is the one that was sent to me while I was headed back to town. 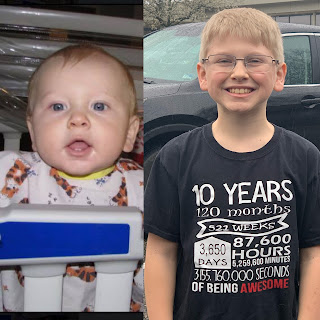 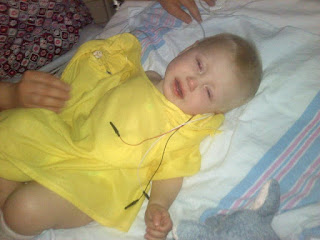 Posted by Shannon@ The New Normal Life at 9:47 PM No comments:

Thanks for following my blog!